It’s hard to believe that Asa begins preschool next week and even harder to believe that Levi starts kindergarten today. (Wasn’t he just a baby? When did he get so old?!) For the first time, I’ll have both boys in school, which means that our mornings will undoubtedly be more hectic than ever before.

Getting Levi and Asa dressed, fed, and off to different camps this summer offered me a preview of what I can expect during the school year. Although our mornings weren’t always easy (yes, there were sometimes tears and yelling from all of us), we miraculously managed to make it out of the house on time almost every day.

Here are the strategies that helped me over the summer to make our mornings more manageable, plus one bonus idea that I plan to try during the school year. Wish me luck because school starts an hour earlier than camp, so I’ll have to corral both kids into the car no later than 7:40am.

Pack Lunch the Night Before
Because I wait to eat a late dinner with my husband, who usually doesn’t get home until 7pm, I started using the time while my kids were eating dinner to fill their lunch boxes. Asa got a Greek yogurt, some crackers, and fruit every day since that’s pretty much all he’ll eat for lunch. Levi’s only slightly less picky. For example, he prefers jelly on bread with a side of peanut butter in a small Tupperware instead of a standard PB&J sandwich. And he won’t eat a cheese sandwich, but he will eat 100% real, natural cheese like Sargento Slices with crackers or a mini bagel. (Also, some random trivia: Did you know that American singles are only required to contain a minimum of 51% real cheese? Yuck.)

Set Out Clothing Before Bedtime
While the boys went through their bedtime routine — going potty, brushing teeth, getting into pajamas — I was setting out their clothes for the next day. Sometimes Levi had a preference and sometimes I gave Asa a choice between two shirts, but for the most part, I was making the decisions. (One benefit to having boys, perhaps?)

I have to say, it was a relief each morning to walk into their bedroom and find their shirts, shorts, socks, and underwear (well, for Levi) ready to go in two neat piles on their dresser. One less decision they each had to make when we were trying to hurry. Pack Bags in the Evening

After Levi and Asa went to bed, I labeled any new clothing and packed their backpacks with all the non-food items they’d need for the next day: bathing suits, water shoes, towels, plastic bags for wet clothing, sunscreen, hats, etc. (Their lunch boxes with ice packs and water bottles would be added during breakfast.) Then I’d hang them near the front door on wall hooks similar to this pegboard from The Land of Nod, making them easy to grab as we ran out the door in the morning.

Make Checklists
I’m more prone to forgetting things when I’m exhausted at the end of the day, and on Levi’s third day of camp, I forgot to pack his towel. His towel! After that I relied on checklists to keep me organized. Quick, handwritten lists stuck to the fridge mean I don’t have to try to remember everything…which will be especially helpful during those first weeks of school.

I plan to use these amazing fictional hotel notepads with my new favorite pen: the FriXion Ball Clicker from Pilot, the world’s first retractable, erasable gel ink pens. I swear, these pens are magic. Plus, One More Idea to Try…

Get a Good Night’s Sleep
First of all, I’m not a morning person, so I’m generally pretty cranky when I wake up. And if I stay up late at night, I’m cranky and tired in the morning. Unfortunately, we’re all going to be waking up an hour earlier in order to get to school on time, so unless I want to be a zombie all day, I’m going to have to get to bed earlier. I know that exposure to bright LED lights before bed can interfere with melatonin, a natural-occurring hormone that promotes a more relaxed and restful sleep, but I’m not really able to avoid my phone, computer, or TV an hour before bedtime. However, I would consider taking a supplement like Natrol Melatonin Fast Dissolve to help me fall asleep faster and stay asleep longer, especially on nights when my mind is racing with to-dos that didn’t get done.

What are some ways you make mornings more manageable during the school year? (This post is sponsored by Sargento Cheese, Pilot Pens, and Natrol. As always, all opinions are my own. Thank you for supporting the brands that help to support this blog.) 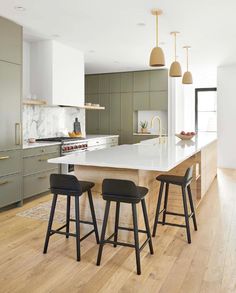