Your brother was a skinny baby. In fact, we had to help him gain weight by adding butter to his food when he started eating solids. He never developed those adorable baby fat rolls on his thighs and arms that everybody loves to squeeze and bite.

But you, Peanut, are on course to become a deliciously chubby baby. According to your pediatrician, you’re the size of a four month old — and you’re just two months old! You weigh 13 lb. 7 oz. and measure 24.5 in., putting you in the 90th percentile for weight and the 97th percentile for height. The doctor remarked that if you’re still wearing 0-3 month clothing (which you are), they must be sized incorrectly!

It makes sense that you’ve gained 4 lb. 5 oz. in six weeks because you’ve been taking longer and longer to breastfeed. Last month you averaged 15 minutes per session; now you take approximately 20 minutes. However, it could be that you’re just become a lazy eater and aren’t actually consuming that much more milk.

The only upside to such long nursing sessions is that I’m able to get a good amount of reading done on my Kindle app while you’re eating (seven times a day). I just finished The Husband’s Secret

Halfway through the month you smiled for the first time. Honestly, we weren’t sure that your first smiles weren’t really gas, but now we can make you smile by getting close to your face and making silly sounds and gestures. Usually. You’re a pretty serious baby otherwise, and you absolutely refuse to smile in pictures! Instead, you tilt your head down, which produces multiple chins and makes you look like an old man. A serious old man.

You now cry real heartbreaking tears when you’re sad and make the sweetest cooing sounds when you babble to yourself. You once made a noise in response to Daddy laughing that suggested laughter (the intent was definitely there!). We don’t do tummy time with you as often as we should, but your head and neck control is getting better nevertheless. You enjoy laying on your back and observing the lights, sounds, and toys dangling above your playmat. You’re content to sit in the BABYBJORN BabySitter Balance

and occasionally take a swing at the toys in front of you. Sadly, you’re not a big fan of the ultra-modern mamaRoo swing yet, but you’ll fall fast asleep in the Fisher-Price

one (which I keep in the basement playroom because it’s an eyesore).

And you still aren’t happy to be carried in a wrap. Sigh. So much for me becoming one of those hip babywearing mamas.

Here’s a quick rundown of our ever-evolving schedule: You start eating between 6:30-7am and usually stay awake until about 8:15, when we get in the car to drive Levi to school. You frequently stay asleep in your car seat until it’s time to eat again around 9:30. Then it’s another round of awake for an hour, asleep for two.

I try to feed you again either at 12:30pm while Levi is watching Daniel Tiger’s Neighborhood or at 1pm after he goes down for his nap. We play in the living room together while I eat my lunch on the floor next to you. You take your afternoon nap in the basement swing around 2pm and won’t wake up until I turn off the motion — which I do around 3:30 or 4pm so you can eat again. You usually take a short disco nap before your next feeding at 7pm, and then you are wide awake for the evening.

That’s right: you have colic!

If we’re lucky, you’ll fall asleep in daddy’s arms around 9:30pm, but we wake you up to feed you one last time between 10-10:30pm. Then one last diaper change before changing you into your pajamas and saying goodnight. (You still sleep in the bassinet next to our bed, although you’re nearly the length of the basket!) It would be amazing if you slept the night, but you wake up around 3:30am to eat. I can’t really complain about getting a four and a half hour chunk of sleep!

I love you and your furry little head.

Asa turned two months old on April 26, 2014. I’ll be taking a monthly baby photo of him next to his Blabla doll on his birthday to document his growth during the first year. 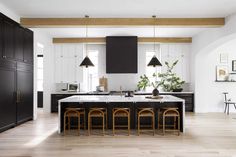